SCOPE OF THE INFORMATION

Ferrovial comprises the parent company, Ferrovial S.A., and its subsidiaries. For more detailed information on the companies included in the scope, please see the Consolidated Annual Financial Statements.

In 2018, the company carried out various corporate operations that led to changes to the scope, including the acquisition of companies, the awarding of new contracts and the start of new businesses. Company restructurings also took place. For more information, see page 38 on Changes in the businesses.

The reporting process extends to all companies over which Ferrovial has economic control, meaning a stake of greater than 50%. In these cases, 100% of the information is reported.

Likewise, and following the indications contained in the Sustainability Reporting Standards of the GRI Guidelines, Ferrovial provides information on indicators and material aspects “outside the organization”, so long as the data are of sufficient quality and always separately. Ferrovial considers that the most significant impacts relate to the 407 ETR toll road in Canada and the airports in the United Kingdom, at which its stake falls short of 50%.

Ferrovial guarantees the traceability of information relating to corporate responsibility thanks to the reporting system it set up in 2007, enabling it to obtain detailed information down to individual company level while allowing for partial consolidation by region or business. In 2018, it conducted an in-depth review of the information requested to bring the system in line with the reporting requirements of its different stakeholders.

In 2018, the reporting system allowed the company to gather 322 quantitative and qualitative indicators at 127 companies, thanks to the collaboration of over 200 users.

RESTATING OF THE INFORMATION

Ferrovial is committed to transparency in the information it reports to the market by making continuous improvements to its communication channels with all stakeholders on the basis of innovative corporate information that addresses not only financial aspects but also environmental and social variables.

The company considers stakeholders to include any individuals or social groups with a legitimate interest and who are affected by the company’s current or future activities. This definition includes stakeholders that form part of the company’s value chain (shareholders, employees, investors, clients and suppliers) and that are therefore considered partners in the development of the businesses, and also external stakeholders (governments and public authorities, the media, analysts, the business sector, labor unions, the tertiary sector and society in general), starting with the local communities in which the company operates.

This relationship is dynamic, seeing as though the landscape in which the company operates is changing more rapidly than ever. Ferrovial’s business is highly dependent on relationships with the public authorities of the countries in which it operates. Ferrovial holds decision-making positions at organizations that promote corporate responsibility in Spain and abroad, such as Fundación SERES, Forética, the Spanish Global Compact Network and the Spanish Quality Association (AEC). In 2018, Ferrovial was appointed chairman of the Spanish Green Growth Group.

Ferrovial is known for its absolute political neutrality, carrying out business for public authorities and private clients alike in the countries where it operates. The company does not make cash or in-kind contributions to political parties or electoral candidates. However, Ferrovial does belong to business organizations and foundations for the commercial exchange of knowledge and information between countries in its sphere of activity or in the regions where it operates. By belonging to these organizations, the company is aiding in the progress and development of all the fields of action it pursues.

Ferrovial’s approach to the principles contained in the report is discussed further in the specific section on materiality. For more information on the AA1000 and GRI standards, see page 124 on GRI indicators.

Ferrovial believes that an issue is material when it could have a substantial impact on the opinions or decisions of stakeholders, affecting its ability to address existing needs without compromising future generations.

Ferrovial conducted a new materiality analysis in 2018 as part of its two-year update process. The main change is the expansion of the consultation process carried out among the company’s main stakeholders in regions considered business priorities (United States, Canada, United Kingdom, Australia, Spain and Poland), yielding separate results for each of these. While this report contains only the global materiality matrix, the company is fully aware of the matters considered most material in each country.

The analysis process was implemented in various stages:

The materiality analysis revealed that the most material issues for Ferrovial are those relating to ethics and integrity and occupational health and safety.

1. Incorporating best practices into the Board of Directors.
2. Ensuring a director remuneration policy aligned with external law and regulations and the company’s own interests.

3. Having suitable compliance programs in place to help prevent the perpetration of criminal acts.
4. Setting up communication channels for reporting unethical practices.
5. Respecting human rights in all countries where the company operates and having this permeate the entire value chain.

6. Guaranteeing a safe and healthy working environment for all employees under the “harm-free workplace” principle.
7. Reducing the occupational accidents ratio.
8. Upholding the rights of employees.
9. Promoting a flexible, diverse, inclusive and non-discriminatory working environment.
10. Providing training in digital skills to keep knowledge permanent refreshed and up-to-date.

11. Reducing the environmental impact of company activities.
12. Sustainable waste management.
13. Assessing and controlling risks to prevent environmental accidents.
14. Mitigation: public commitments to reduce greenhouse gas emissions.
15. Identifying risks and opportunities in relation to climate change.
16. Determining the water footprint of the company’s operations and rolling out actions to ensure more efficient use of the resource.
17. Determining the impact on ecosystems and biodiversity and applying the “no net loss” principle.

18. Making channels of communication available to customers and providing grievance resolution processes.
19. Determining the level of customer and user satisfaction with the infrastructures and services provided by Ferrovial.
20. Guaranteeing the safety and security of users and of the infrastructure itself.
21. Having a global procurement policy that integrates suppliers in accordance with the company’s ethical principles.
22. Appraising suppliers by determining their sustainability risk.
23. Implementing mechanisms to monitor contractors in relation to health and safety and human rights.
24. Measuring the social, economic and environmental impact of the company’s activities.
25. Having a social action strategy aligned with business objectives.
26. Offering information on the company’s tax strategy and contributions by country. 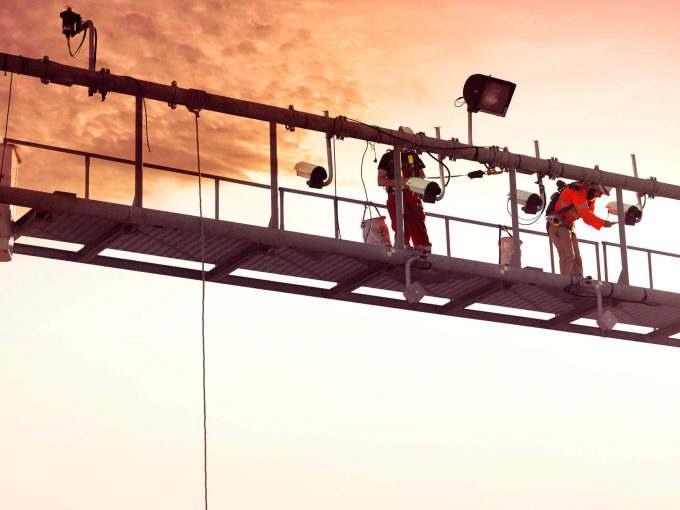